skip to main | skip to sidebar

A night at the Museum

A night at the Museum, the gallery or whatever it is called. 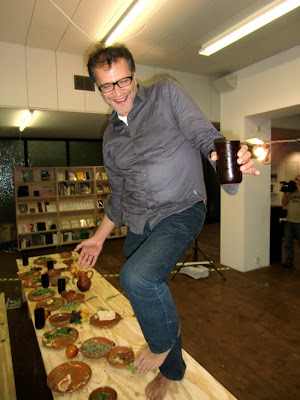 During Museum night (Museumnacht) and Hoogtij in The Hague I became nearly without knowing part of the performance The Last Supper (Het laatste avondmaal) by Raul Ortega Ayala.
Eleven other participants and I (there was no Jesuschrist) sat and ate at a table in a Da Vinci setting and with the most probable menu from 2000 years ago in Palestina. All 3 hours were of course recorded on video. The edited video and the rest of the exhibition will be open next Saturday at Stroom at 5 pm.
Stroom, Hogewal 1-9, The Hague 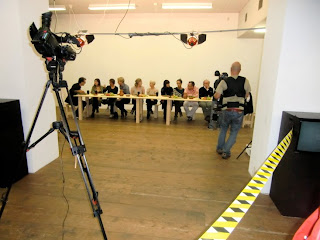 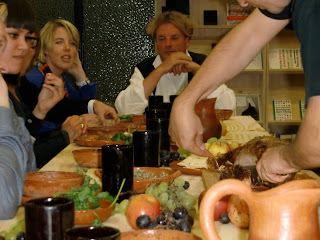 The lamb was really good. 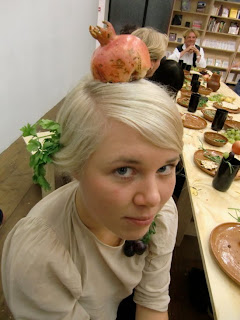 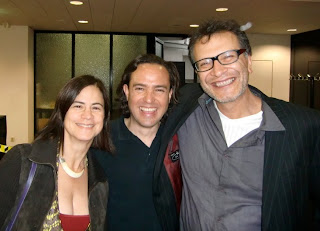 Next to artist Raul Ortega Ayala at the center and to the right art critic Jose Springer. 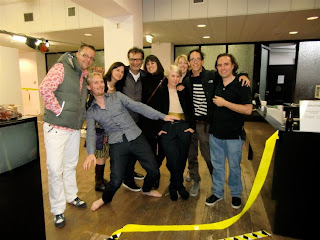 And suddenly we were all friends. 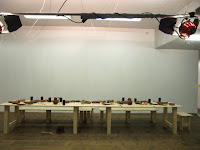 Faces in the Art

Shooting at each other

Public Art in The Hague