skip to main | skip to sidebar

Olmec Heads on a rainy day

On my only visit to San Andres Tuxtla (known as part of Los Tuxtlas) in Veracruz, Mexico there was so much rain that there was little to see of the typical relaxed atmosphere I was told it had. 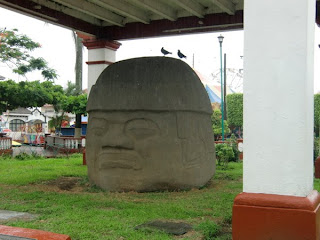 Luckily the largest Olmec head ever found is there in the middle of the main square to be seen by everyone. So obvious that when I asked on the adjacent streets where was the Olmec head, they didn't know the answer right away.
This huge head, the only one with eyes opened, is not the most beautiful one but it amazes to think how did the Olmecs a couple of thousand years ago were able to sculpt it and transport it . 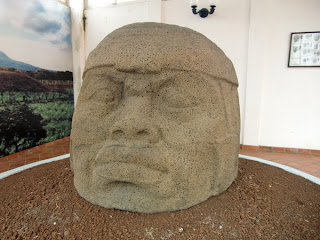 The Museo Regional Tuxteco on one of the sides of the square is a very small one, showing very few prehispanic objects, but they have also one of the only 17 found stone Olmec heads. 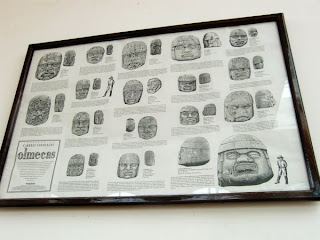 The heads are drawn on the same scale. Right under is the one at the square. 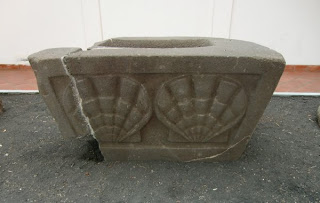 The original Shell logo by Olmec. 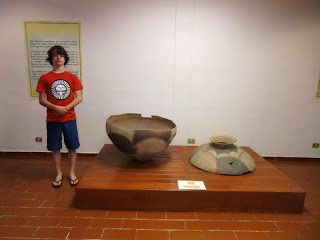 Even though it has been glued from many parts it is a very impressive big pot even for now days. 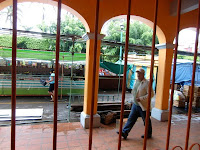 At this warm and rainy place glass windows are not necessary and you save on air conditioning. This is probably the reason why they can't have more objects at the museum. 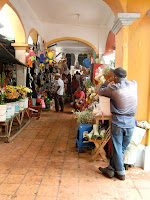 The street vendors just outside the museum. 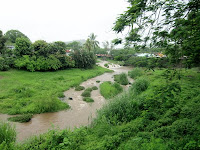 The river cutting the town.

Anything can become a ruin within short time at this ultra wet weather.
by Marisa Polin

Faces in the Art

Shooting at each other

Public Art in The Hague